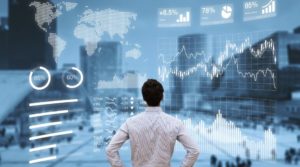 Crypto fund managers are now getting more backing from institutional investors that see the crypto market as an alternative investment strategy.

In a report, the exchange says it observed a “noticeable uptick in institutional business’s growth” in the first half of the year.

According to Coinbase, the “greater visibility of reputable investors warming up to digital assets” is also helping to fuel growing “confidence among this community.”

In May, a hedge fund, Tudor Investment Corporation, disclosed it had taken positions in bitcoin. At the time of this announcement, there were reports quoting the hedge fund’s CEO, Paul Tudor Jones, arguing that bitcoin is a better hedge against inflation.

Jones predicted that the record central banks’ monetary expansion of 2020 will be a “potential catalyst for an increased interest in bitcoin.”

The recent bitcoin price movement coincided with reports suggesting an imminent release of a second stimulus check for Americans.

In the meantime, Coinbase acknowledges that its “investors are still in the early days of untangling the relationship between macroeconomic policy and crypto.”

Nevertheless, Coinbase says it is seeing a “growing base of our institutional clients organizing around the thesis that BTC provides exposure to an alternative monetary policy system with supply mechanics that are diametrically opposed to those of central banks in 2020.”

Coinbase’s institutional investors demand deeper capabilities to help them allocate and trade. In response to client demand, the exchange says it is building market-leading brokerage services.

The recent acquisition of Tagomi fits the leading exchange’s plan to bolster “our offerings for advanced traders and the most sophisticated crypto investors.”

Coinbase adds it will continue to invest in leading data analytics businesses through Coinbase Ventures. 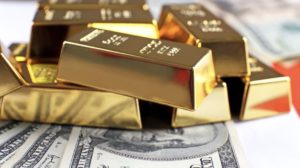 Goldman Sachs has warned that the U.S. dollar may lose its status as the world’s reserve currency. The investment bank is bullish on gold as fears over governments debasing their fiat currencies grow and real interest rates are pushed to all-time lows.

American investment bank and financial services company Goldman Sachs warned on Tuesday that the U.S. dollar is at risk of losing its status as the world’s reserve currency. Goldman Sachs’ strategists wrote:

Real concerns around the longevity of the U.S. dollar as a reserve currency have started to emerge.

The strategists explained that the U.S. dollar faces several risks. Citing that the debt level in the U.S. has now exceeded 80% of the country’s gross domestic product, they anticipate that the government and central bank may allow inflation to accelerate.

“The resulting expanded balance sheets and vast money creation spurs debasement fears,” they described, adding that this creates “a greater likelihood that at some time in the future, after economic activity has normalized, there will be incentives for central banks and governments to allow inflation to drift higher to reduce the accumulated debt burden.”

Other factors such as increased political uncertainty and growing concerns of another coronavirus infection spike also impact the dollar.

Meanwhile, the price of gold hit an all-time high on Monday, climbing to $1,931 an ounce, prompting a widespread expectation that $2,000 an ounce could soon be reached. Gold’s record-breaking rally even had Goldman Sachs revise its forecast to $2,300 an ounce in the next 12 months after the firm previously discarded its own forecast of $2,000. Gold is up around 7% over the past month while the ICE U.S. Dollar Index DXY dropped 3.7%.

Gold is the currency of last resort, particularly in an environment like the current one where governments are debasing their fiat currencies and pushing real interest rates to all-time lows.

Bitcoin has also been named a safe haven asset for the current environment. Galaxy Digital CEO Mike Novogratz, for example, believes that with central banks mass printing money, it is “an amazing environment for both being long gold and long bitcoin.”

Even JPMorgan’s analysts wrote in a February report that cryptocurrencies should be in a portfolio “because they can uniquely hedge a yet-unseen environment entailing simultaneous loss of confidence in the domestic currency and its payments system.” Like Goldman Sachs, JPMorgan has also questioned the U.S. dollar’s status as a reserve currency, the company outlined in a report published in October last year.

Bitcoin is currently trading at about $10,978, after crossing the $11K mark the previous day. The cryptocurrency is up approximately 17% since last week and 54% since the beginning of the year.

Do you think the USD will lose its status as the world’s reserve currency? Let us know in the comments section. 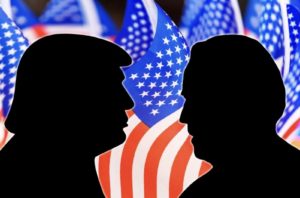 Grayscale Is Now Buying 1.5 Times the Amount of Bitcoin Being Mined 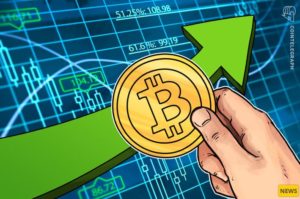 Independent researcher Kevin Rooke estimates that Grayscale has ramped up its Bitcoin accumulation to a rate equivalent to 150% of the new BTC created since the halving.

Crypto fund manager Grayscale Investments is accumulating Bitcoin at a rate equivalent to 150% of the new coins created by miners since the May 11 block reward halving.

According to data published by independent crypto researcher Kevin Rooke, Grayscale has added 18,910 BTC to its Bitcoin Investment Trust since the halving, while only 12,337 Bitcoins have been mined since May 11.

Binance CEO Changpeng Zhao reposted the chart, commenting: “There isn’t enough new supply to go around, even for just one guy”.

Last week, Rooke estimated that Grayscale had been buying Bitcoin at a rate equal to between 33% and 34% of new supply during the first quarter of 2020, having accumulated 60,762 BTC over 100 days.

Rooke’s latest data indicates that Grayscale is now purchasing nearly double the number of coins per day on average — with Rooke’s post-halving estimate equating to 1,112.35 BTC per day, up from 607.62 BTC during Q1.

Grayscale sounds off on CBDCs

“CBDCs are sometimes viewed as synonymous to, or as replacements for, digital currencies like Bitcoin, but they represent a meaningful departure from the decentralized protocols inherent to many cryptocurrencies,” the report stated.

The report echoed the sentiment of economist John Vaz, who recently told Cointelegraph that CBDCs comprise “a kind of rearguard action being fought by the central banks because they don’t like cryptocurrency”. 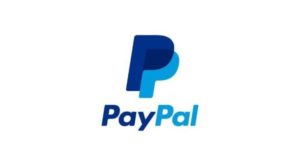 Bitcoin Is the Fastest Horse in the Profits Race 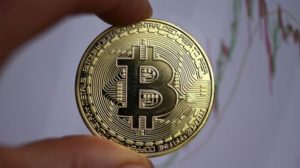 Int the world of traditional finance, certain names are used as references. Paul Tudor Jones is one of those whose opinion counts more than others. Managing currently a hedge fund with nearly 40 billion dollars assets, Paul Tudor Jones became a legend on October 19, 1987.

This day corresponds to Black Monday, during which all the world markets experienced a huge correction. During Black Monday, the Dow Jones lost almost 23%. Hardly anyone had seen such a fall coming. No one except Paul Tudor Jones.

Shortly before the crash, Paul Tudor Jones came to the conclusion that Wall Street was heading straight for the wall. Paul Tudor Jones formed this opinion by conducting a thorough technical analysis of the S&P 500, but also by analyzing the historical data of the index.

In the past, Paul Tudor Jones has never been a Bitcoin fan. Far from being as fierce an opponent as Warren Buffett, he confessed that he did not especially want to position himself on Bitcoin due to his lack of confidence in the queen of cryptocurrencies.

The fact that Paul Tudor Jones wasn’t especially keen on buying Bitcoin in the past makes what happened on May 7, 2020 even more interesting.

In a letter to his investors, Paul Tudor Jones made a statement that had the effect of a small bombshell in the world of traditional finance and the Bitcoin world:

“We are witnessing the Great Monetary Inflation — an unprecedented expansion of every form of money unlike anything the developed world has ever seen. The best profit-maximizing strategy is to own the fastest horse. If I am forced to forecast, my bet is it will be Bitcoin.”
— Paul Tudor Jones

Like many other people interested in the world of finance, Paul Tudor Jones is well aware that the Fed’s current policy of unlimited quantitative easing will lead to unprecedented monetary inflation.

As a hedge fund manager, Paul Tudor Jones’ role is to develop the best possible strategies to maximize his profits.

In this context, pragmatism must prevail over personal opinions. To maximize profits, a hedge fund manager must find the fastest horse in the race.

Faced with the rise of a Bitcoin which is the best performing asset of 2020 against gold or Wall Street, Paul Tudor Jones is convinced that Bitcoin is the fastest horse.

All this while Bitcoin third Halving hasn’t happened yet. And everyone knows that this exceptional event for Bitcoin will cause a very strong bull market in the next 18 to 24 months.

Coupled with the macro economic context made extremely difficult by the coronavirus pandemic, all this leads us to believe that Bitcoin price’s increase will be much more spectacular in the coming months.

Paul Tudor Jones has therefore decided to opt for Bitcoin rather than gold in order to protect himself from the inflation that will take place in the coming months.

His position on Bitcoin was not taken on spot market, but by buying derivatives on Bitcoin Futures.

The rest of Paul Tudor Jones’ letter is also interesting to read, as it confirms that only pragmatism guided his choice :

“I am not a hard-money nor a crypto nut. The most compelling argument for owning Bitcoin is the coming digitization of currency everywhere, accelerated by Covid-19.”
— Paul Tudor Jones

To see such a respected person in the traditional financial world taking a stand for Bitcoin in this way is an extremely bullish signal.

In the coming weeks and months, I am sure that other major hedge fund managers will do the same. This potential entry of large institutional investors into the Bitcoin world is clearly one of the major factors driving Bitcoin beyond the current $10,000 currently.

Bitcoin will replace the role played by gold

The decision taken by Paul Tudor Jones also makes it clear that Bitcoin will increasingly replace gold in the future as a store of value to hedge against currency devaluation.

While Bitcoiners have been certain of Bitcoin’s objective superiority over gold for long time now, Paul Tudor Jones seems to be gradually coming to that conclusion.

In particular, Paul Tudor Jones states that “Bitcoin reminds me of gold when I first got into the business in 1976”.

The simplest way to verify this is to first look at the evolution of the price of gold during the 1970s:

Then we can compare all this with the evolution of Bitcoin price over the last five years:

By using a logarithmic scale on each of the two charts, we can actually better understand why the current situation of Bitcoin price reminds Paul Tudor Jones of the gold situation in 1976.

If the strong bull market expected for Bitcoin in the 18 and 24 months following its third Halving does indeed take place, the trend correspondence between the two charts could be confirmed by the end of 2021.

Should the price of Bitcoin experience this trend in the coming months, Paul Tudor Jones will once again have demonstrated his pragmatism and flair that is unparalleled in the financial world.